Having An Ego And Feeling Beautiful Is A Good Thing 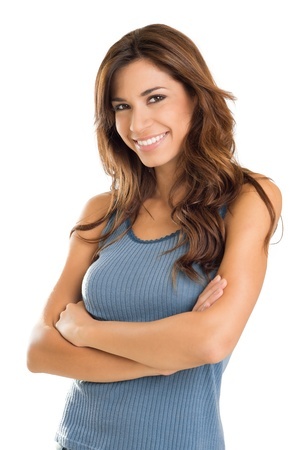 A fun and flattering thing happened to me a few weeks ago that for some reason, I haven't gotten to share with you yet. So let's back up.

I work during the day as a receptionist in a construction firm and part of my daily duties are to take company cars out to the post office and pick up our mail from the post office. Some of the postal workers already know me because of how often I have to come to the window to pay for stamps, sign for certified mail and all kinds of other stuff.

Anyway, this lady who knows me by sight asked me, “Are you Filipino?”

(Sidebar: Truthfully, I was waiting for the typical snooty and accusational response that normally follows that question. Unfortunately many Filipinos have some kind of attitude with us American-born Filipino kids. I was expecting the usual “Do you speak Tagalog” question followed by the conversation I've had too many times in my life to remember…. it goes like this “Do you speak tagalog. (No.) OHhhhh. Do you understand? (No.) You were born here. That's too bad.” Ask any American-born Filipino who doesn't speak or understand Tagalog and they can break it down for you basically to the same core exchange. But that's not what this blog is about… that's just my whiney sidebar. And I officially acknowledge I shouldn't have assumed the worst. Okay I'm done now. )

She goes “Ohhh. That's why you're pretty.”

I smiled at this point in surprise and watched her put her head up in pride and say “You're pretty like me.”

We both laughed. I love the bluntness of older filipino women!

She said quietly to me as we were handling the transaction and I was signing and passing paper to her and all that: “Other people probably would hear us and think ‘They're so conceited!' ”

I put my own chin up in pride and said “Well, that's what you have to do!”

She said “That's right! You have to believe you're beautifuuuuulll!”

If you've ever heard a confident, smart, and beautiful filipino woman speak, you can probably imagine that last word. You can probably imagine us both chuckling, and both playfully (and somewhat seriously) holding our heads up and fluttering our eyes like we're the prettiest little things anyone has ever seen in the world.

And if you have never heard a confident, smart, and beautiful filipino woman say something like this before, well then my only advice is to embody that glowing pride in who you are and say it to yourself more often.

You have to believe you're beautifuuuulll!

In some cultures it would be frowned upon if we ever said out loud (and even more so to a more-than-acquaintance-but-less-than-a-stranger) that we think we're beautiful. I'm now telling you never to frown upon that.

Women don't call themselves beautiful nearly as much as we should. And I'm one of them. I will admit that I have never looked in the mirror — even on one of my most dolled-up days with makeup and a flattering outfit and a starry-eyed confidence that I can accomplish anything — and told myself that I'm beautiful.

And even the word “beautiful” itself aside… you should have the kind of confidence that it takes to call yourself that word and really mean it. You should hold your chin up and playfully tell other ladies and women and girls that we need to believe in that word again.

Ego can be a good thing. Sure, it's associated with “bad” words like “conceited” and “arrogant” most of the time, but it really just relates to your self-esteem and how you feel about yourself. And that is an important part of your life and how comfortable you can be in your own skin!

Go ahead and have an ego. Tell yourself you're beautiful. Dress up, put your shoulders back, and say “Damn I look good!” instead of downplaying your uniqueness and hoping to just fade into the background of your own life. Being and feeling beautiful is a wonderful feeling. Chase after it!

Now tell me: When was the last time YOU felt beautiful? And have you ever been called beautiful, either to yourself or by someone else? Reply in a comment below and tell me your story!

How to Set Goals That Match Your Bandwidth Right Now (so you can actually achieve them!)

Not into politics is NOT an option for small business owners, anymore

Never Enough MONEY or TIME? How to re-frame your expectations of yourself and your business.

How to Be Self Employed for Dummies

How to be Authentic and Vulnerable